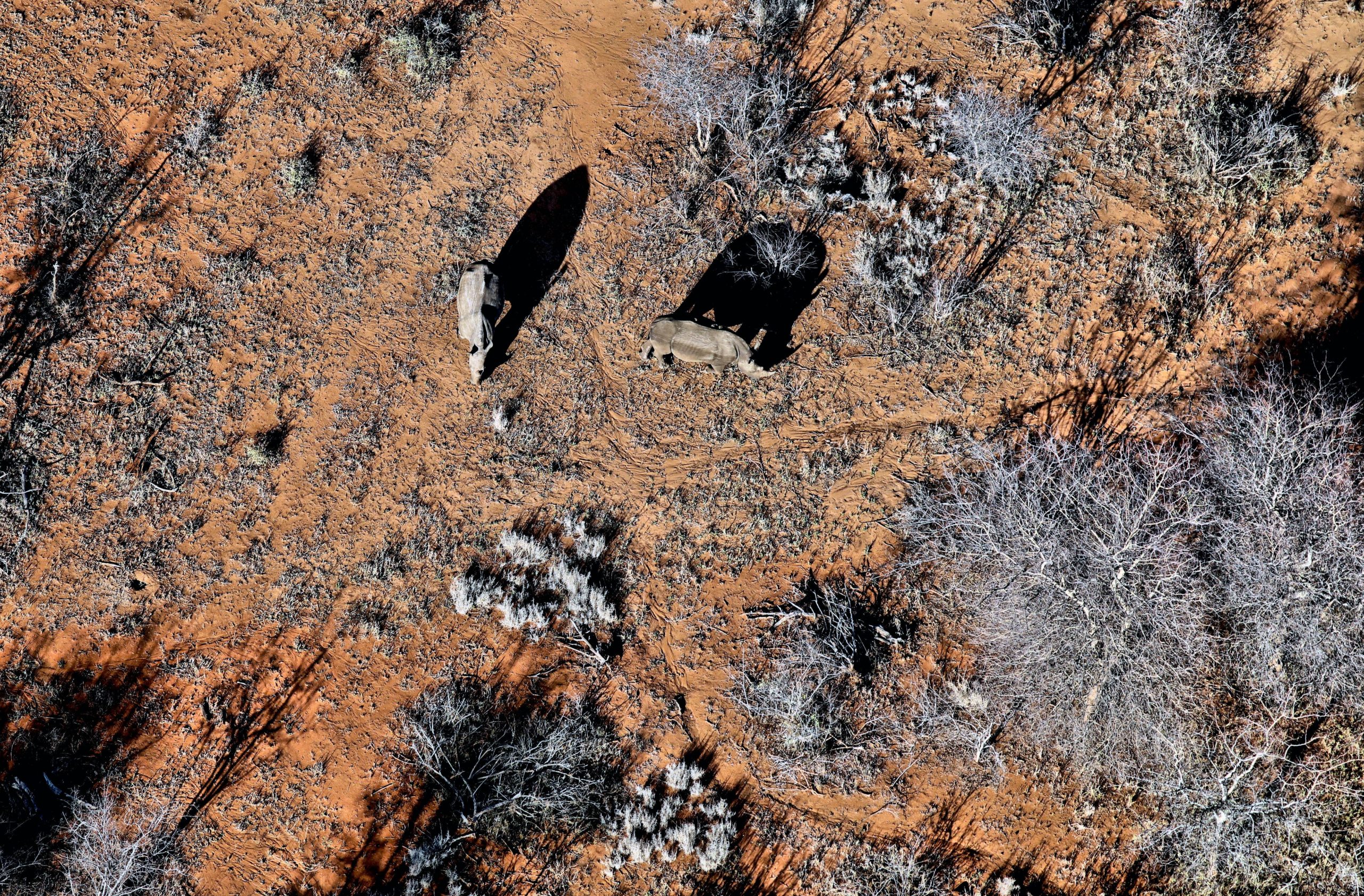 50 years ago, there were an estimated 65,000 black rhinos roaming Africa. Now, conservationists and rangers are desperate to protect the remaining 4,880.

In Conversation with Richard Sachse, Head of Rhino Operations at Makalali Game Reserve

Whilst the white rhino remains one of Africa’s greatest conservation success stories, that of the black rhino is bleak and unforgiving – from a population decline at the hands of European hunters and settlers in the 20th century, to an ongoing mass killing fuelled by the illicit rhino horn trade.

Desperate to get their hands on the animals’ horns, poachers kill an estimated 1,000 rhinos each year. Worth USD $14,000 – $21,500 per kilogram – the horns are a precious commodity on the black market. The biggest demand comes from China, Vietnam, and Yemen where the horn is traditionally believed to have many powerful uses – ranging from an aphrodisiac to a cure for illnesses like headaches, fever, cancer and even impotence. More recent studies have shown that the horn is being used as a symbol of status among the immensely wealthy.

Between 1960 – 1995, the discovery that black rhino numbers dropped by a staggering 98% to 2,500 galvanised those on the front line to act. Since then, we’ve witnessed an immense revival of black rhinos from the brink of extinction. However, the black rhino is still considered to be critically endangered, and a lot more work is needed to increase the numbers to even a fraction of what they once were. Wildlife crime, in this case, poaching and black-market trafficking of rhino horn, continues to plague the species and threaten their recovery. 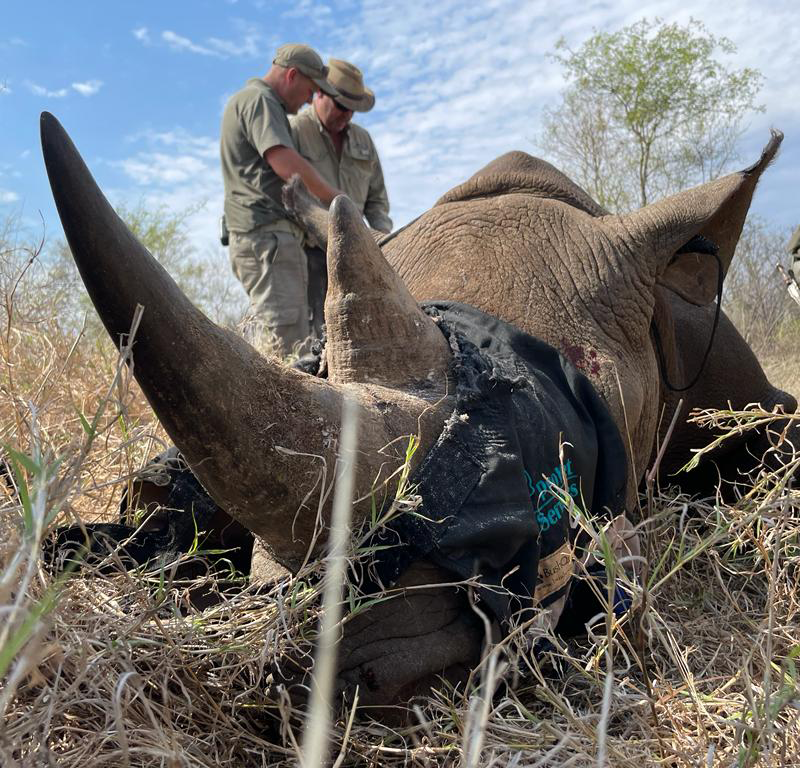 “We don’t see any negatives to dehorning apart from the aesthetics – that’s what the visitors want to see, it’s nice to see a rhino with a horn, and they should have their horns – but it’s a small price to pay for protecting their species.”

To get an idea of what rhino conservation looks like from a hands-on perspective, we spoke to with Richard Sachse who is Head of Rhino Operations at the Greater Makalali Private Game Reserve – located in the Greater Kruger National Park, South Africa.

Since the early 2000s, black rhinos at Makalali have been part of the rhino conservation project led by the World Wildlife Fund (WWF). The project has worked to establish new populations through translocations—the process of moving rhinos from parks with significant populations to others that historically held rhinos but currently do not – and where there is sufficient anti-poaching protection.

Whilst building up the population is important; Richard is cautious of avoiding a “gene bottle neck” which is when the genetic diversity of the species becomes too limited, an issue which is believed to have already occurred twice. To monitor and prevent this, Richard takes DNA samples from each rhino so he can keep track of their gene pool and make sure that when the rhinos are relocated, there is the best possible variety of genetics.

A large proportion of Richard’s work focuses on anti-poaching efforts which include field rangers, K9 units, dehorning and the implementation of high-tech equipment. Field rangers are the front line of defence against poaching, meaning, on a day-to-day basis, they put their lives at risk to protect rhinos from armed and violent poachers. 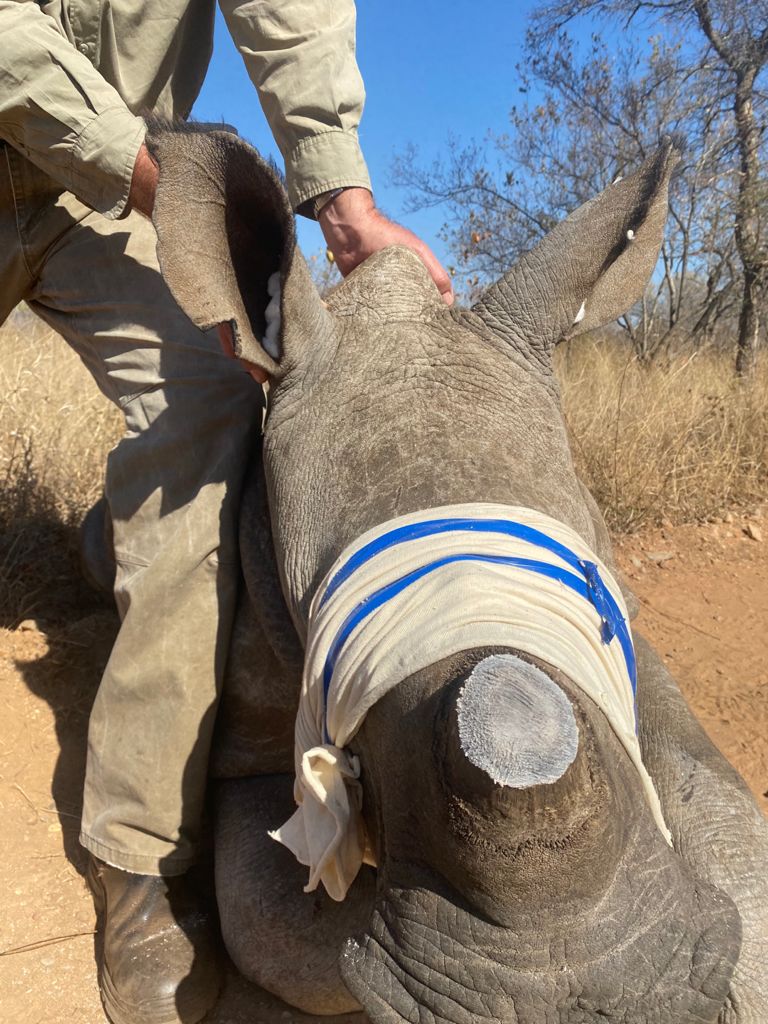 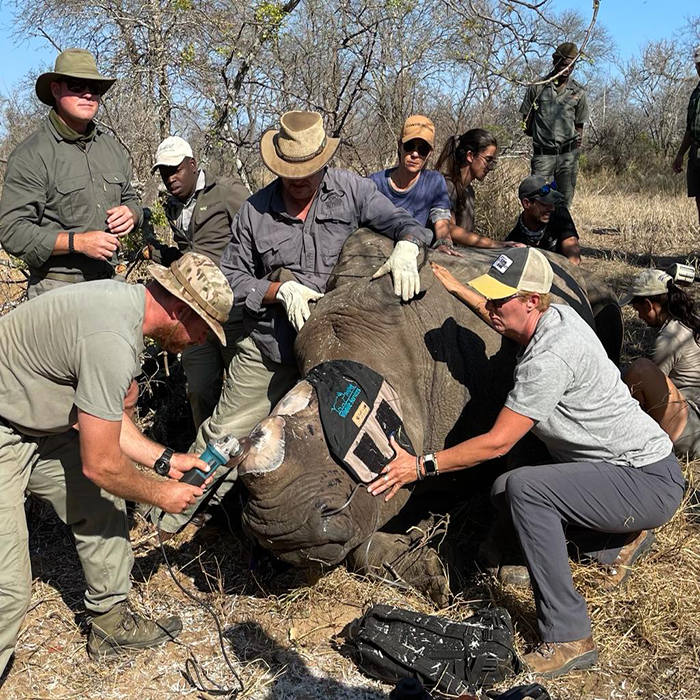 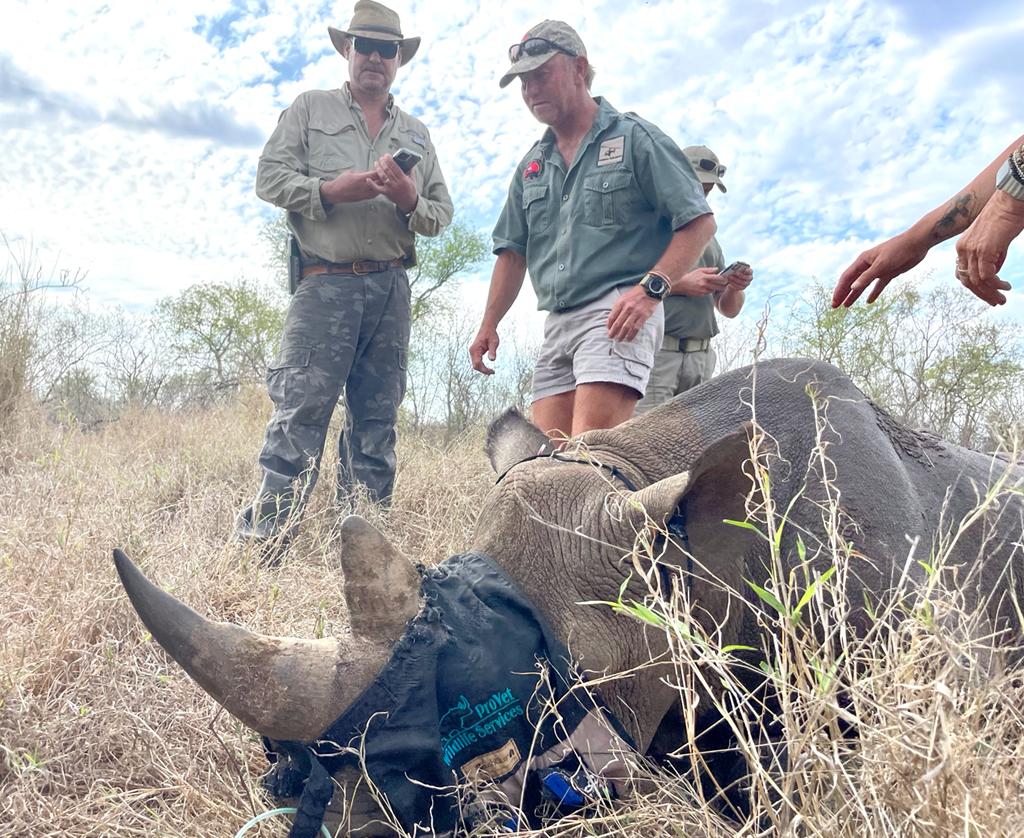 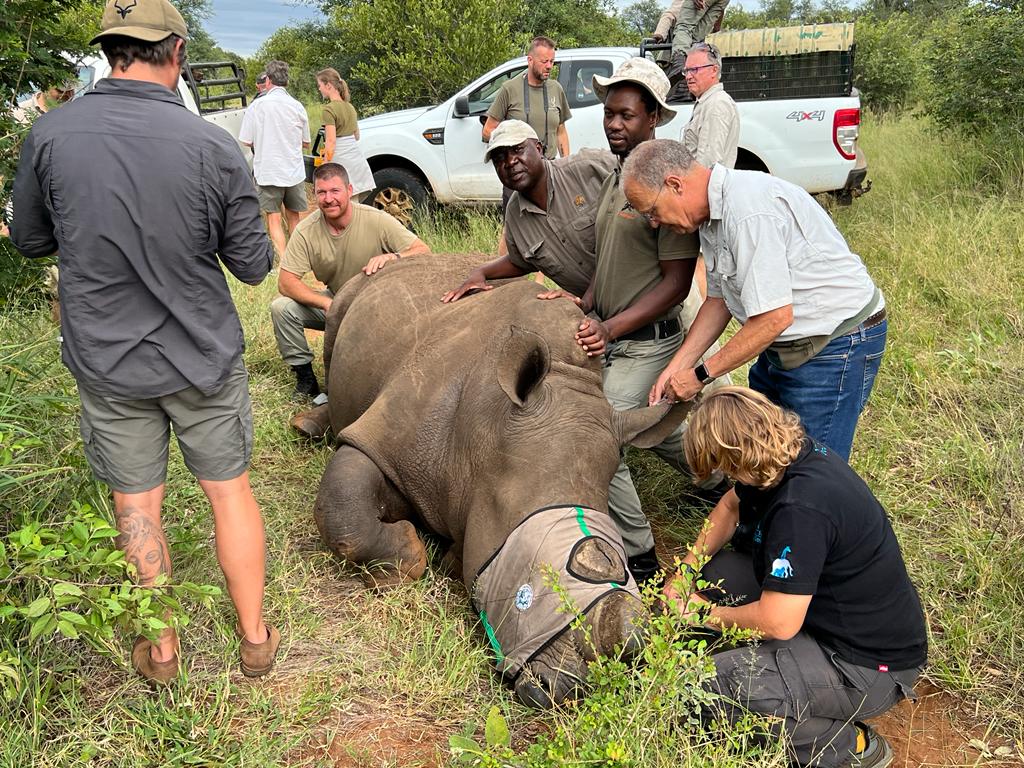 Working alongside the rangers at the Makalali Game Reserve is the K9 unit – an extremely successful dog anti-poaching team. The dogs are highly trained to track poachers and animals, whilst also providing crucial assistance in the apprehension of a poaching suspect. When asked about the training of the dogs, Richard said: “The training can be quite intensive, you have to bring out a bit of an aggressive streak in them and teach them bite work but also teach them obedience, so they listen to their handlers very well.” Richard told us how different breeds of dogs are used for different roles, for example, pointers are extremely good at tracking animals and are often trained to track rhinos on the Makalali Game Reserve, whereas blood hounds can follow the scent of a carcass which is only a few hours old. Richard adds that when they are chasing a suspect, they often bring in a Belgian Malinois with helicopter above to cover the last little bit of distance to stop them escaping.

More reserves are starting to use high-tech equipment such as drones, infrared cameras, and GPS tracking to deter poachers, but the cost is high and, in many cases, unaffordable. One of the key tools used at the Makalali reserve is collaring the rhinos to help monitor them more intensively. It means the location of the rhinos is always known and if one does get poached, the rangers have a head start to try and catch the poacher. 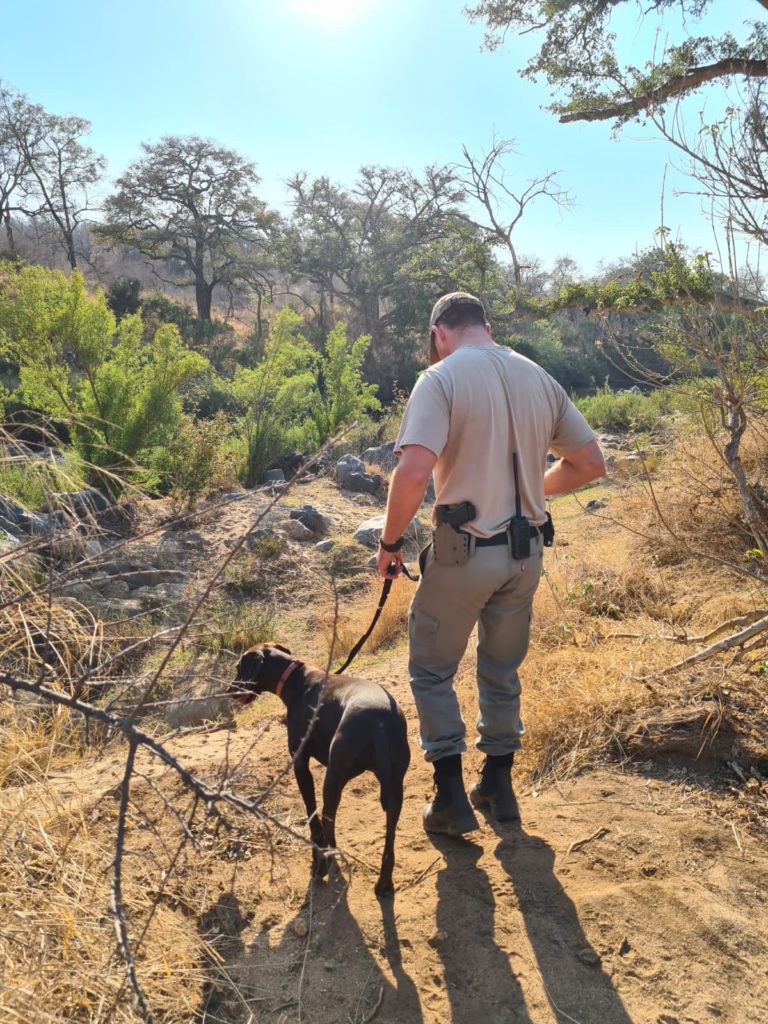 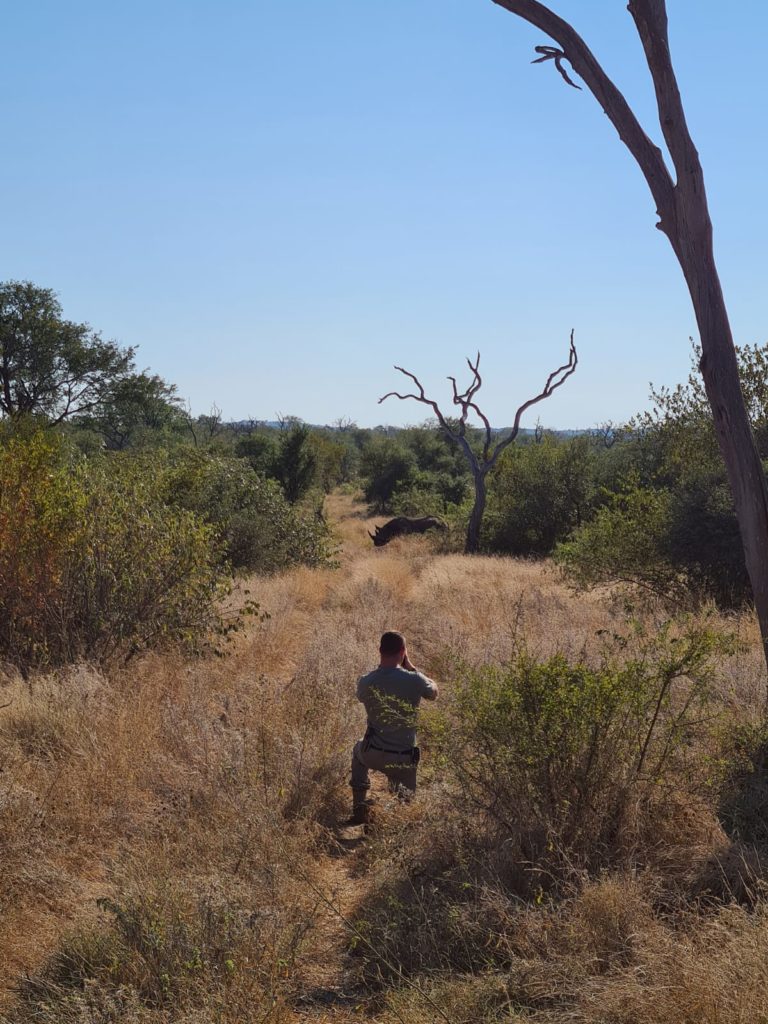 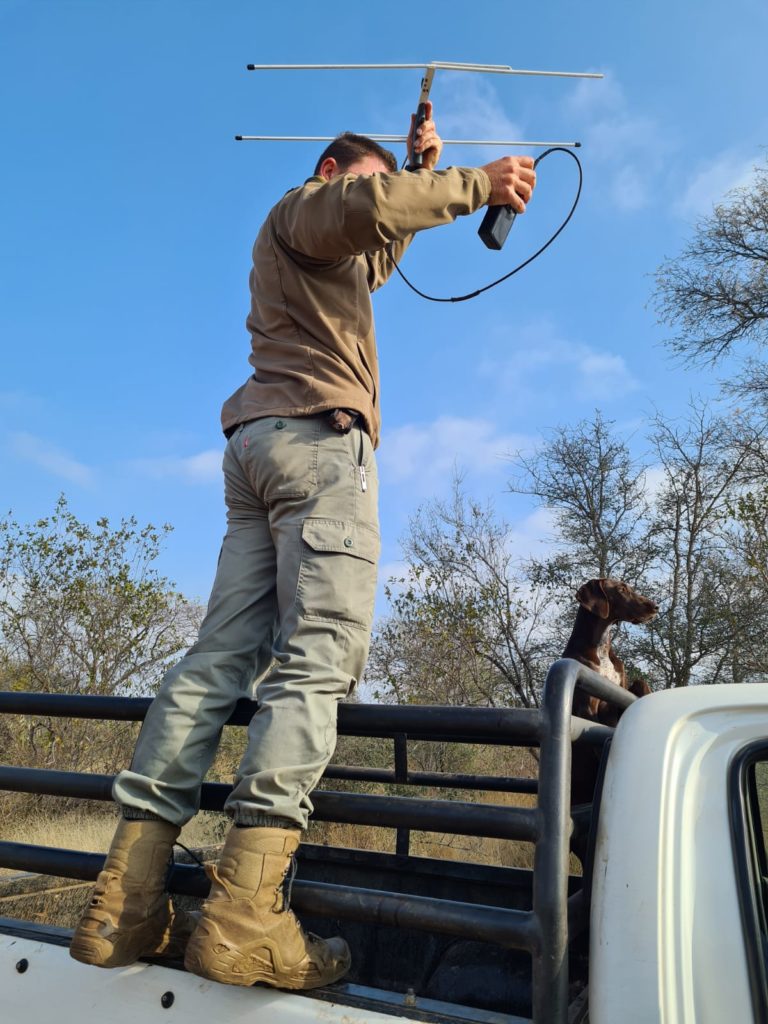 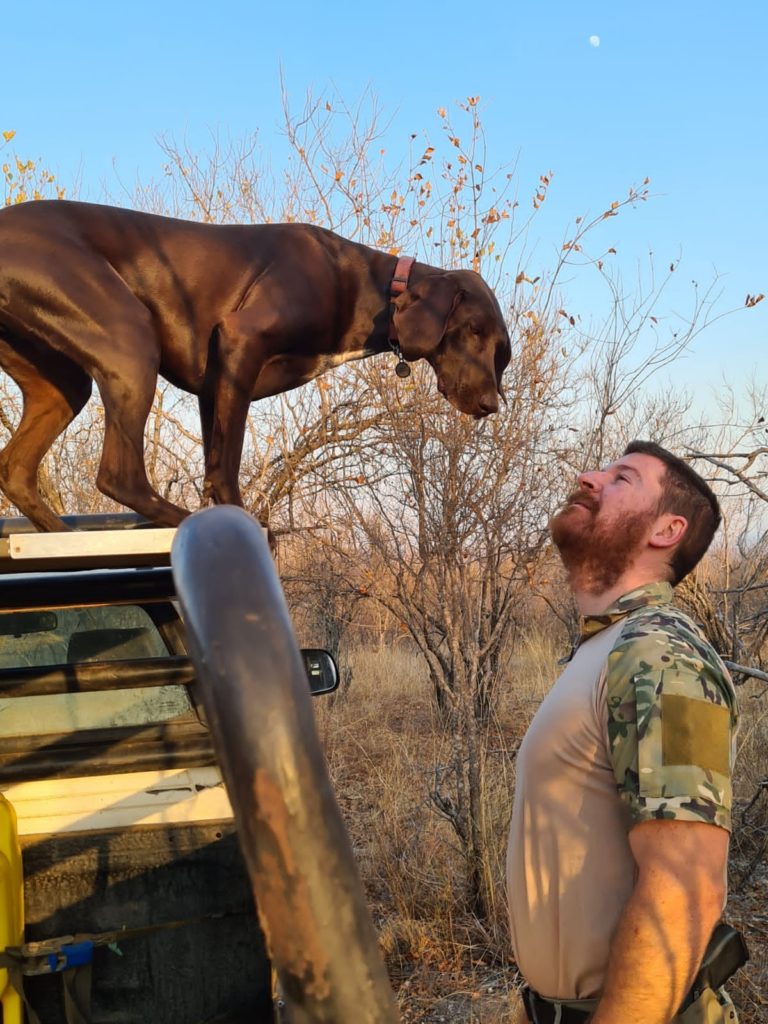 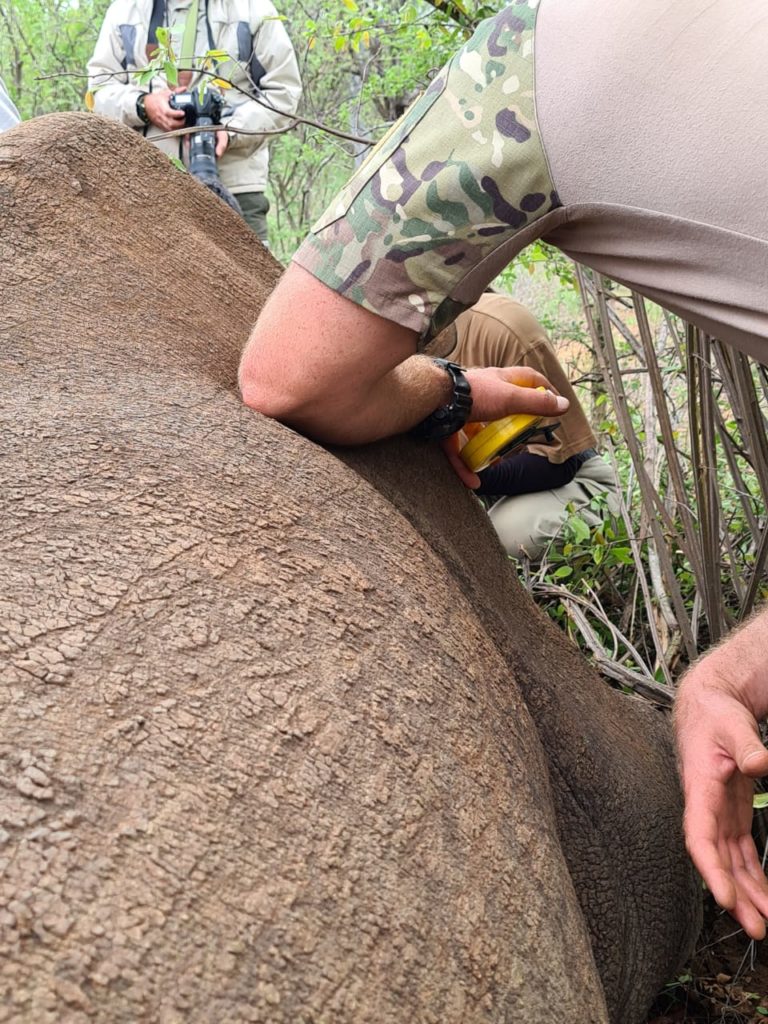 Another key pillar of Makalali’s antipoaching efforts is dehorning the rhinos, which, when carried out on every rhino in the enclosed reserve, deters poachers. Richard noted: “It does work; we do have other reserves around us that occasionally dehorn their rhinos but don’t always – so that takes a lot of the poaching pressure away from us but rhinos are still being killed regardless of whether it’s on our reserve or one of the neighbouring.”

Against common misconception, dehorning does not hurt the rhino – it’s similar to cutting hair or trimming toenails. The horn isn’t fused to the skull, it sits on a socket which is full of blood vessels, so the rhino’s horn is cut above that point to make it a painless procedure. The animal is darted and anesthetised before a chainsaw and angle grinder are used to remove the horn. But the horn grows quickly, so the rhino must have its horn removed every two years. It’s a costly operation.

Richard told us that: “Even behaviourally, it doesn’t seem to bother them. A lot of people will raise the question that rhinos need their horns for defence or to fight with each other bulls. But if all your other bulls are dehorned then they are all on a level playing field”.

“In terms of females protecting their young, we have one cow that gave birth in June, so her current calf isn’t even a year old yet. Over the last 9 months, we’ve witnessed her stopping a leopard, walking into lions, and being harassed by hyenas – but she has managed to defend her calf against all the biggest threats. So, we don’t see any negatives to dehorning apart from the aesthetics – that’s what the visitors want to seem, it’s nice to see a rhino with a horn, and they should have their horns – but it’s a small price to pay for protecting their species.”

To find out more about how the Pelorus Foundation help in the fight against wildlife crime, please follow the link below. 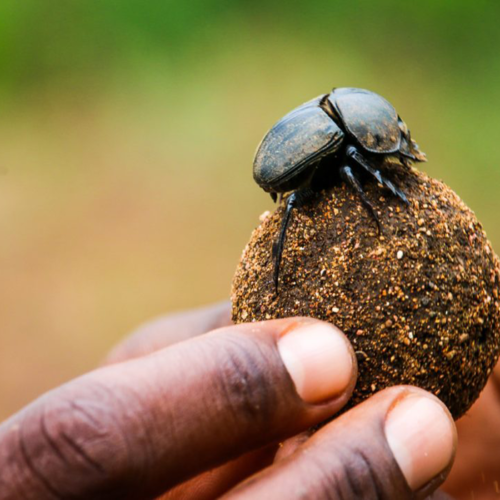 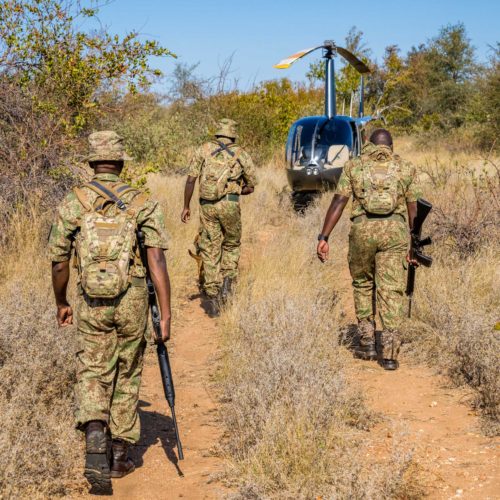 Wildlife crime has evolved into a billion-dollar industry, one that is wiping out species at astonishing rates. Today one million species face extinction, a figure that will only increase without targeted conservation. Our partners, Frontier Collective, use their military expertise to train these rangers who fight wildlife crime on the front line. 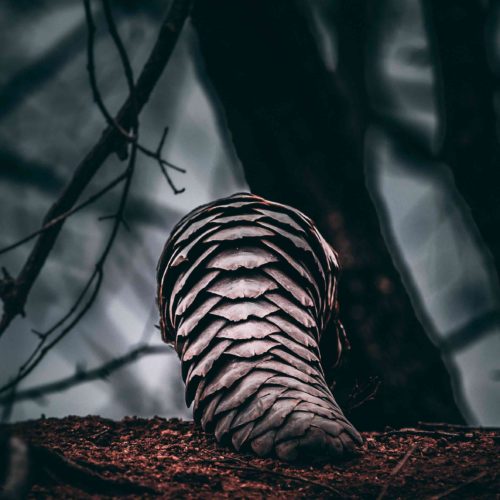 The world’s most trafficked animals range from the African rhino to the hawksbill sea turtle, but the world’s most exploited animal is the pangolin. The reason pangolins are in such high demand is due to the keratin armouring that covers their entire body. Similar to uses of rhino horns, pangolin scales are ground up into a fine powder to create traditional medicine, despite the fact that there are no proven medical benefits.