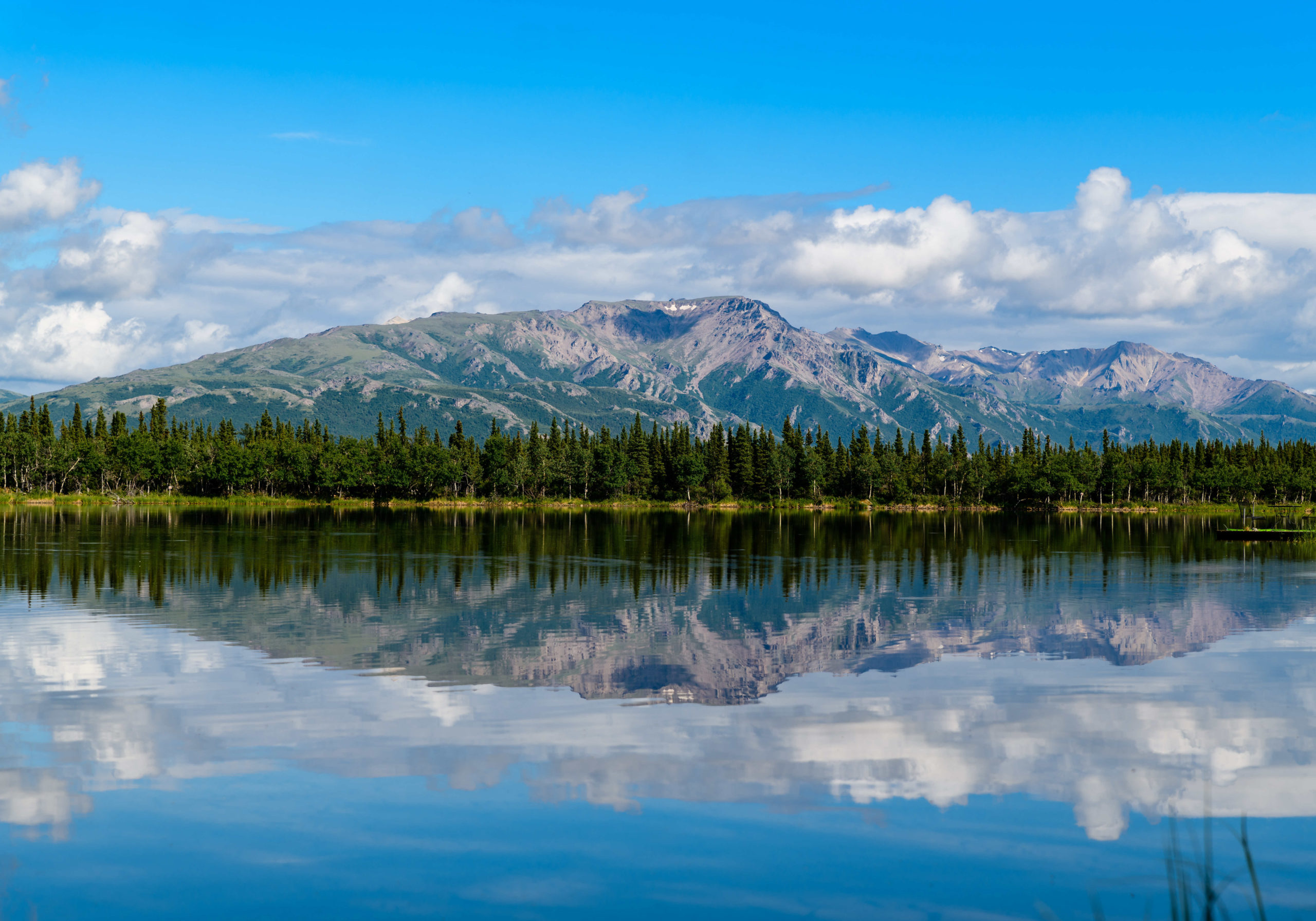 EARTH OPTIMISM: A REFLECTION ON 2021

Whilst there is a tenancy to feel overwhelmed by the erosion of nature, frustrated by the inadequate human responses and angered by the blatant destruction of our planet – it’s sometimes important to delve a little deeper into the unfurling story.

Upon closer inspection, often hidden among narratives of loss, there are stories of hope and regeneration which can inspire positive change and collective action. By learning from these case studies – and replicating their work – these instrumental stories of successful conservation play an invaluable role in the protection of our planet’s future.

Record number of beavers introduced in the UK

Following 400 years of absence, beaver conservation projects in the UK are experiencing record levels and have culminated with the first kits being born in Exmoor back in July. Research by Devon Wildlife Trust has found that beavers immensely benefit other wildlife, as well as humans, by creating and enhancing a range of wetland habitats. Their dam engineering work helps to reduce the risk of flooding, prevents soil from being displaced during heavy rainfall, filters toxins from water reducing pollution downstream and creates new habitats for water voles, kingfishers and otters.

International cooperation on deforestation at COP26

More than half of the world’s nations pledged to end – and reverse -deforestation by 2030. The declaration was agreed upon by over 100 leaders whose countries represent 85 per cent of the world’s forests collectively. The pledge, renewing efforts to stem carbon dioxide emissions released by trees being cleared, was signed at the COP26 climate summit in Glasgow in November 2021. The commitment is supported by almost £14 bn of public and private funds – a large section of which will help developing countries mitigate wildfire damage, support indigenous communities and restore degraded land. 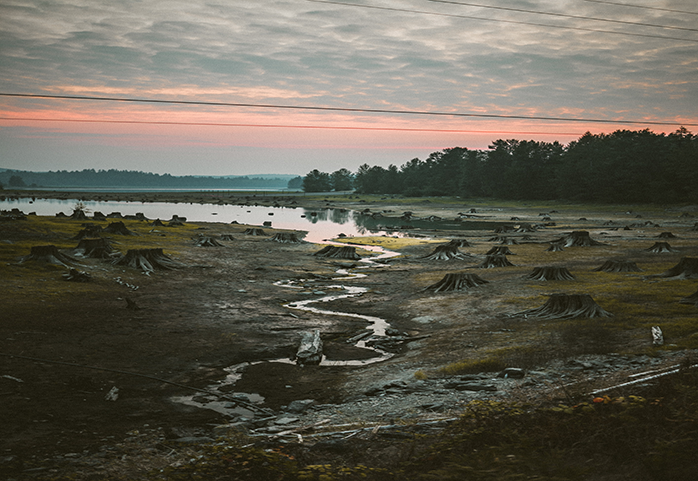 “Deforestation currently contributes to nearly five billion tons of carbon dioxide into the atmosphere every year and threatens 80% of all land-based species.”

An initiative connecting the existing marine reserves of four Pacific-facing nations in Latin America; Ecuador, Colombia, Panama and Costa Rica, promises to create, and nurture, one of the world’s richest pockets of ocean biodiversity. The Eastern Tropical Pacific Marine Corridor (CMAR) aims to protect migratory turtles, whales, manta rays and sharks by creating a 200,000 sq miles fishing-free corridor in one of the most imperative migratory channels. Ecuador’s environment minister, Gustavo Manrique said: “This is the new language of global conservation. Never have countries with connecting maritime borders joined together to create a public policy.”

After 30 years of sustained conservation efforts in China, giant pandas are no longer considered to be endangered – and have been reconsidered as vulnerable. Since 1980, when there was an estimated 1,114 surviving wild pandas, the number of pandas has been nurtured to 1,800 through careful monitoring and the creation of nature reserves within the mountainous bamboo forests. 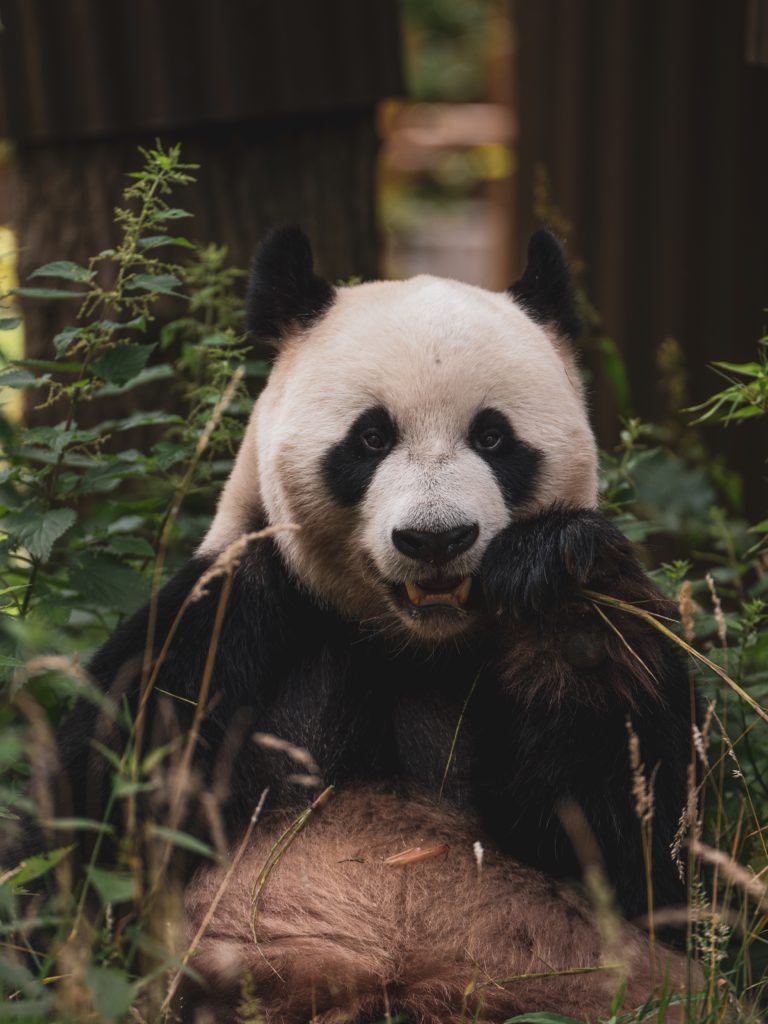 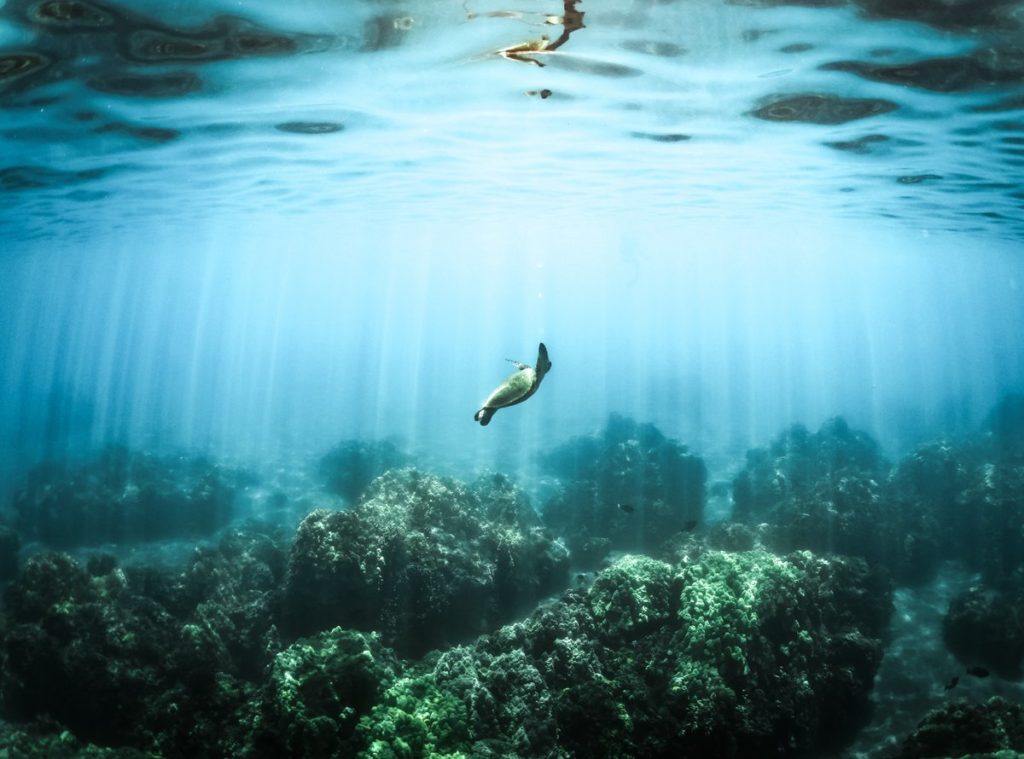 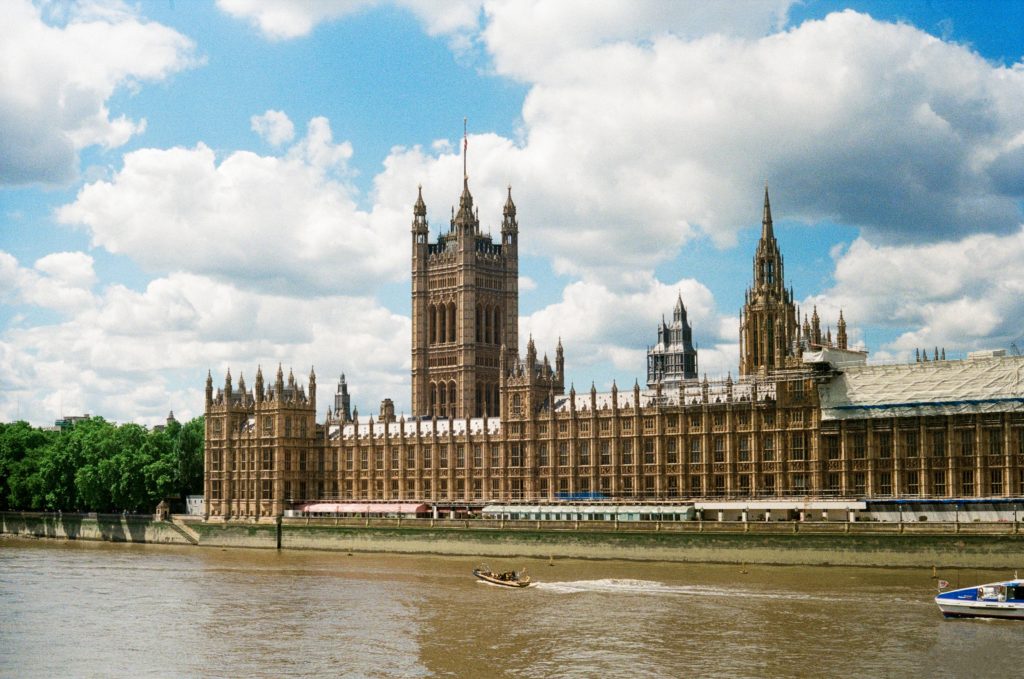 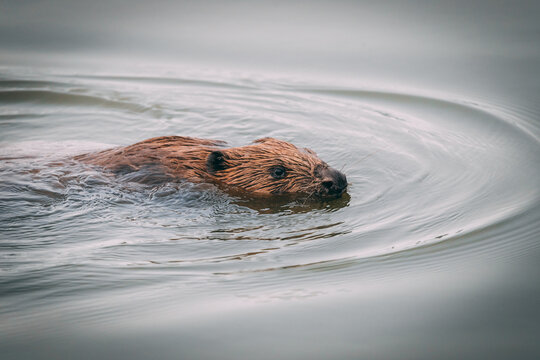 Following years of negotiations, 52 tuna fishing nations, as well as the the EU, have adopted a comprehensive rebuilding programme to protect and encourage the recovery of the endangered Shortfin Mako Shark populations in the North Atlantic. The rebuilding plan, which came into force immediately, bans fisheries from retaining on board, transhipping or trading any dead of live shortfin mako sharks caught in the North Atlantic for the next two years. Extremely vulnerable to overfishing, populations of the species have plummeted on a global scale since 1970 and has long been highlighted as a species in need of far better management through collective action.

Nepal on track to meet 2022 pledge to double tiger population

Nepal is on track to achieve their ambitious plan to double the population of tigers in the wild by 2022. From 121 tigers in 2010, Nepal’s tiger population has grown to 240 with experts confident that the target of 250 will be reached by 2022. Nepal’s multilevel approach to tiger conservation is inspiring the 12 other countries participatory to the pledge who look to replicate the country’s tough anti-poaching approach, community projects with those living near the tiger habitats and promotion of tiger tourism to drive community development.

The Thames is ‘toxic’ no more

According to a Zoological Society of London (ZSL) report, the River Thames has revived from the “biologically dead” state scientists declared in 1957. The annual health check found significant improvements in its water quality with increasing oxygen levels resulting in the return of sharks and seahorses 60 years after their disappearance from the ‘toxic’ river. The success is the result of 18 years of conservation work by the Zoological Society of London who have been working to restore the river to a biodiverse estuarine ecosystem. 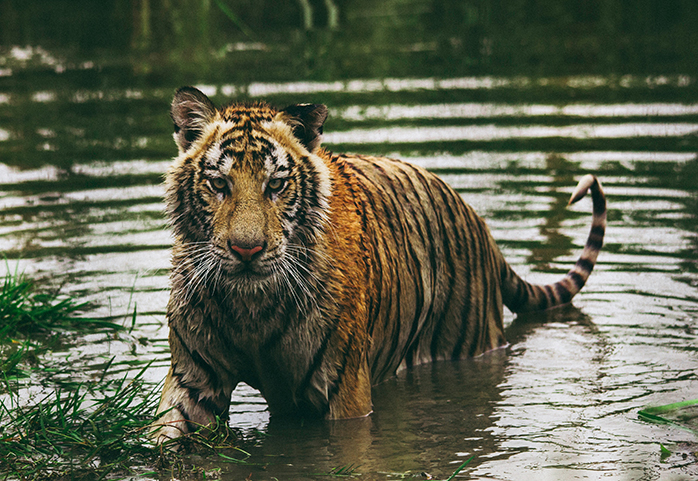 “As we enter into yet another year with the environment in a state of ‘emergency’, we take comfort in the United Nations’ prediction that 2022 could prove a breakthrough year for climate change due to the number of high-level events and conferences scheduled for this year.”

We hope these stories will provide you with the same hope they offered the Pelorus Foundation and re-energise your belief that the narrative of adversity so often associated with the future of our planet can also be one of success and transformation.

The Pelorus Foundation are inspired by success – and optimistic stories like these reinvigorate our hopes for 2022. If you are feeling motivated to protect, preserve and promote at risk wildlife and environments, there are a range of ways you can support the work of the Pelorus Foundation. 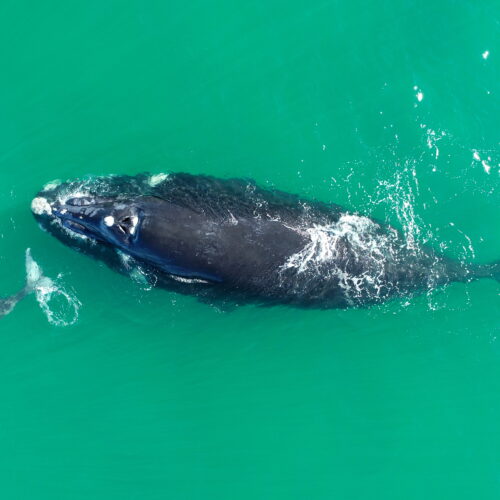 News
The Sentinels of the South African Coastline
READ MORE 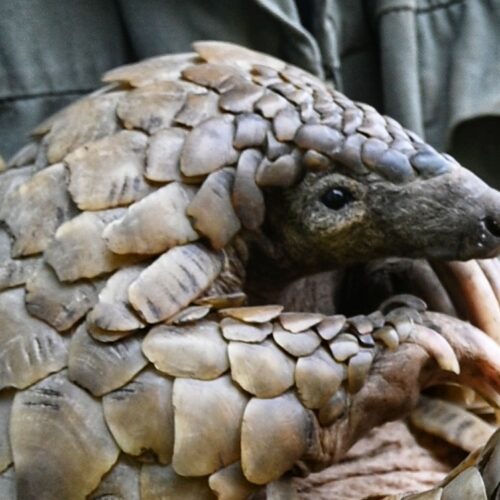 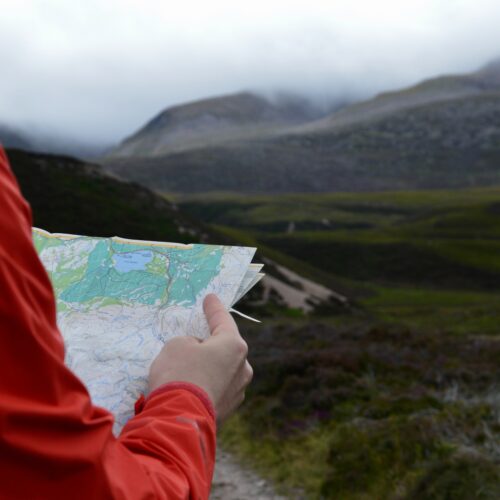 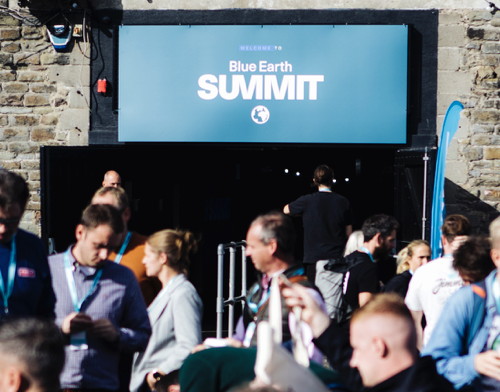 Reflections from Pelorus Foundation team on their time at Blue Earth Summit 2022, from insightful conservations to the power of change